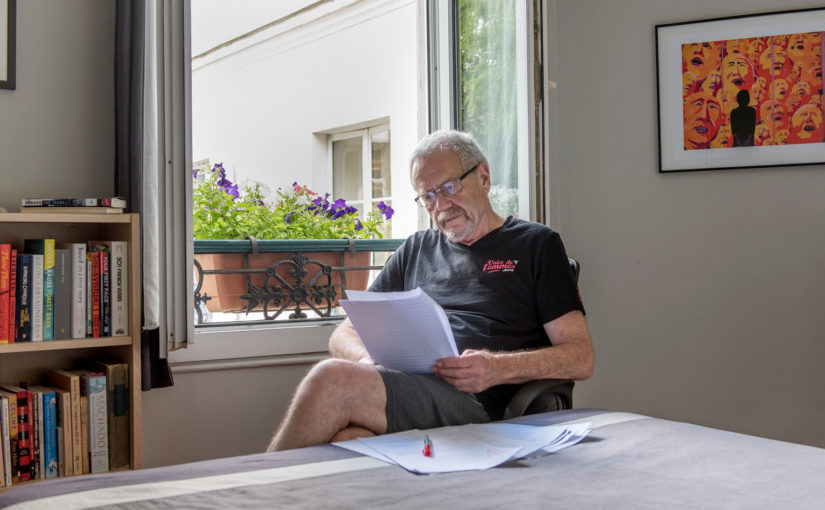 I have, at last, finished the first complete draft of a new novel. It’s been almost a year, feels longer, but then, in that time I moved twice, first to Maury, then Paris.

And it feels different because my process has changed as I’ve learned how to actually write a novel. First time around, I thought I was working hard. I would read a chapter, polish a bit, read it aloud, and think, that’s pretty good. I had done a lot of research and wanted to be sure everyone was aware of that, so the facts spilled onto the page and overwhelmed the story. I asked a few friends to read a draft and they were kind, much too kind, and my fantasy-prone mind started screaming OVERNIGHT SUCCESS!So I started submitting to agents and got clobbered like a rookie pitcher who can’t get his curveball over the plate. Hitters feast on fastballs. Agents pass on pretty good.

I look at that effort now and see everything that was wrong and that I could not see at that time. I started again and it was better, and I had the good fortune of finding a writing group: Salut! Paris Creative Writers. At my first meeting, I received my first real criticism: gentle, but pointed. Their suggestions were so obvious to me that I could only conclude I still wasn’t working hard enough. I knew to do what they said, but I hadn’t done it. So I revise, and again, and again, and I’m always amazed at the clunky prose I find the fourth time through. But it’s getting better. Fewer clunkers, sharper story, history transformed into a personal journey, a complete first draft and extensive notes for the next.

It will need to sit for a while before revision, so I’ll catch up on some of Barbara’s recommended reading, watch the Giants and France in the World Cup, work on another project, explore Paris, and resume the blog before returning to the book. Expectations have changed. The goal now is to learn how to write a good novel. And I get all that stuff about the process being the reward, but I have not evolved to a state where I no longer need recognition. I’m very much aware of how unlikely it is to be published, but I will submit it to agents, because what’s the point of writing if no one reads it?