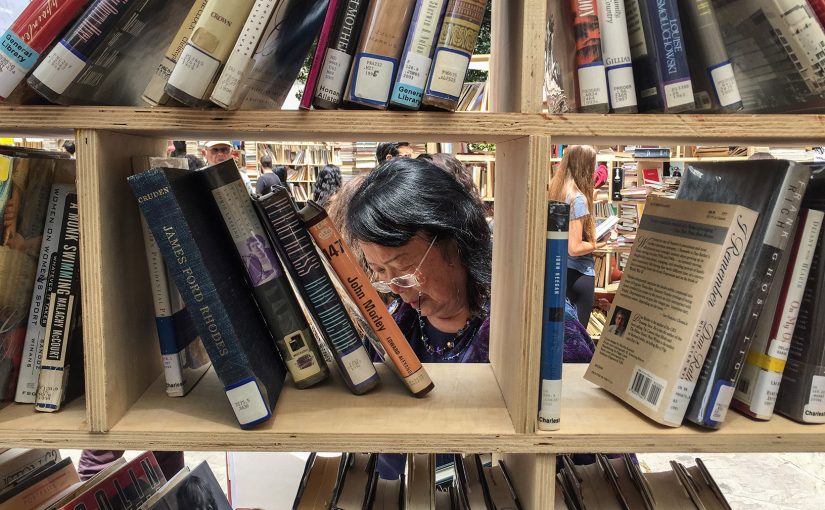 When you come across a writer who thinks clearly and speaks well, it can be a rewarding, sometimes inspiring time. So I spent an enjoyable hour with Dana Spiotta and Jonathan Lethem, inspired to read their books, which was exactly the point of it all, but also feeling optimistic about my own work. Maybe it’s just the projection fantasy – seeing myself on that stage – but it’s enough to get me back to work on the next novel.

But sometimes things run off the rails – as they did with a panel of European writers – and often it’s because writers in the audience are looking for THE ANSWER. “Who are your major influences? Do you outline or fly by the seat of your pants? Is it necessary to have an MFA? Do you? Here’s where the moderator needs to step in and limit the scope of the conversation.

Talking about the ideas in a novel, OK. Talking about the craft of writing, not so much. Because, like most creative endeavors, writing is about 10% inspiration and the rest is hard work. So there’s really not much to talk about: you’re inspired to write, or you’re not, either you sit down and do the work, or you don’t.

Now publishing is something altogether different and that took me to a seminar entitled the Lifecycle of a Book, featuring an agent, a small publisher, a publicist, a social media guru, and a marketing specialist. Andy Ross, the agent, found humor in the enormous odds against getting anything published in the traditional way. I didn’t.

Brooke Warner, the publisher, responded by presenting a new hybrid publishing model in which the author pays production costs and receives a larger royalty, as well as editorial, distribution, and marketing services. This is middle ground between self-publishing, where the author pays for everything then has to figure out how to get readers to find the book, and traditional publishing, where the author trades most of the income for these services, although the amount of promotion and publicity publishers do seems to be diminishing and is now seen as a shared obligation. The other speakers filled us in on how much authors will have to do for themselves and how much it’s still going to cost.

If I had left this a little earlier, I might not have been shut out of Adam Hochshild’s sold out talk about his new book on the Spanish Civil War. I might have learned something useful there.