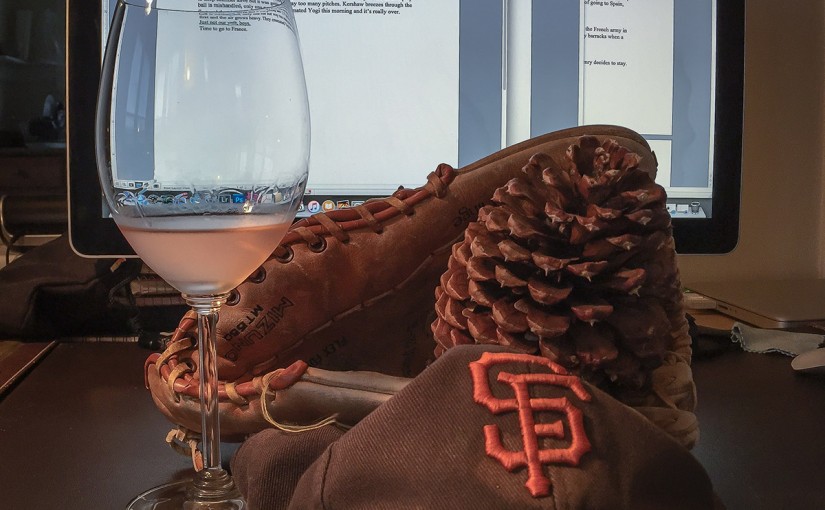 I didn’t feel very well yesterday: woke up early but tired. It felt like a hangover but I hadn’t been drinking at all the night before. It was cool and overcast, a touch of autumn. I dressed in sweats and a t-shirt from the 2014 World Series. Had a bit of breakfast and it upset my stomach. A twenty-minute meditation was just a jumble of random thoughts and unexplained anxiety. Went back to bed with a Donna Leon book. Read, dozed a bit, didn’t have enough energy to keep the day from slipping away.

A chicken soup lunch didn’t help, tried to work but couldn’t find the words, back to Brunetti. It began to get dark and I knew what was coming. I poured a glass of rosé to try to keep summer alive but it was too late. 7:15, the first batter singles, the double play ball is mishandled, only one run but way too many pitches. Kershaw breezes through the first and the air grows heavy. They cremated Yogi’s body and now it’s really over.

Just not our year, boys.

Time to go to France.

It was a good life.

Yogi was a ballplayer, a great one by many standards and, when judged by the standard of winning, one of the greatest ever. But Yogi’s appeal wasn’t based on his athletic prowess – he played on New York Yankee teams that featured such transcendent super-athletes as Joe DiMaggio and Mickey Mantle – no, Yogi was loved because he seemed real, accessible, without pretense, a guy you might run into on the street.

DiMaggio hid behind his own insecurities, Mantle was often lost in the fog of alcoholism, but Yogi was there for us, putting a smiling human face on the most dominant baseball team ever. And we could relate because that face wasn’t pretty, that short, squat body didn’t look like a superstar, he looked like your super, the guy who cleaned out the pipes under the sink, swept the sidewalk in front of the building, and let you in when you forgot your keys.

Yogi was a catcher, the least glamorous and most important position on the field. Catchers call the game, control the pace by controlling the pitcher. In many cases, that’s enough, they aren’t expected to contribute very much on offense. But Yogi was a great hitter when it counted, leading those Yankee teams in RBIs seven times, and he was the Most Valuable Player in the league three times.

Yogi’s fame after the game was based on the legendary wisdom contained in the “Yogi-isms,” double-edged malapropisms credited to him. Yogi never staked a claim to everything that was attributed to him, once explaining: “I really didn’t say everything I said.” But his or not, they stuck to him and, in our super-charged culture where the allotted fifteen minutes of fame has been cut to fifteen seconds, Yogi endured.

I can’t think about him without smiling. What a gift that is.

He will be missed by all of us who dwell in baseball land. 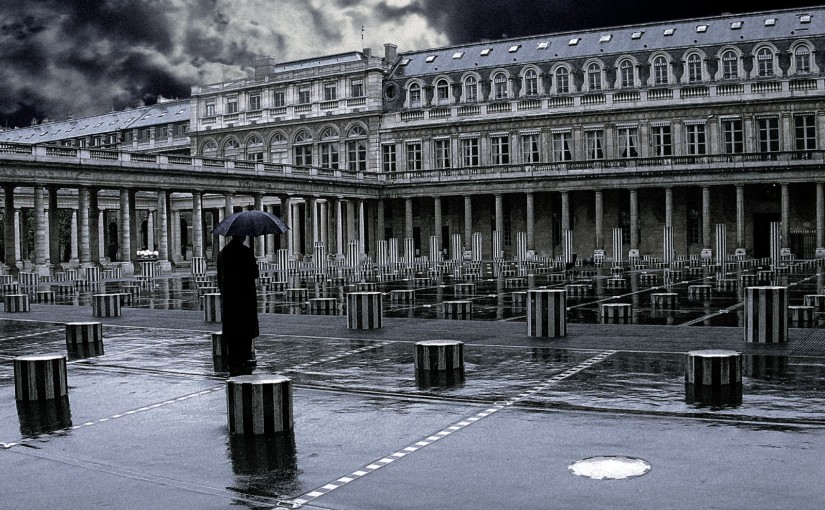 I’ve recently begun the practice of meditation, actually I’ve been doing it most of my life, I just called it watching baseball. (Still deflecting serious issues with humor.)

I’ve been using a program called Headspace and like it very much. It’s a painless entry into the daily practice of meditation and it helps. I’m especially taken with the idea of looking at not only how meditation helps me, but how it also benefits the people closest to me. Anxiety makes me stupid; it blinds me to reality and causes me to obsess over fantasy. Depression makes me numb, forcing me to withdraw from relationships. Not a very healthy way to live. I believe meditation can help clear the fog and allow me to more openly conduct honest relationships, to recognize and accept their true nature, and to enjoy. Early days but that’s the goal.

If you’ve been with me for a while, you’ll know I quit antidepressant medications earlier this year because I thought my senses had been dulled to the point where I couldn’t feel anything at all. I believed, and still do, that the moderating effect of the drugs deepens the shell of depressive isolation by making it acceptable: “I can’t help it, I’m depressed.”

The emotions began to build and I had to learn how to deal with it. It’s been slow going – the drugs have been out of my system for nine months now – because so much of my time is spent alone. Writing takes up much of my day, baseball much of the rest. So it’s been a slow build but seems to be peaking now and not just because the season is coming to an end and the Giants look like they’ll fall short of the playoffs, but also because I’m planning a trip to France and the experience there that led to writing Angle of Reflection still resonates with me. It was intense in many ways but the medication prevented me from processing it all.

The latest rewrite of Angle of Reflection is a much truer emotional narrative. It is deeper and darker, reaching places I could never go before. It’s better, but still doesn’t go far enough. A recent reading has convinced me that I’m still not hitting the essential, honest emotional core I’m seeking.

In other literary news, I’ve completed the first draft of the second novel, Rivesaltes. This is an entirely different book, composed of several stories about people caught up in the violence that engulfed twentieth century Europe from the Spanish Civil War to the French/Algerian War. One of the things I’ve learned about writing fiction is just how rough a first draft really is. There’s a long way to go.

You can’t hop off a plane right into a new life, at least not during baseball season. So, It’s good to know that Giants’ blackout territory does not extend to Maury, local radio doesn’t have the scores and the Chronicle is not on my doorstep. In other words, it’s new to me.  MLB-TV, coffee and a fresh baguette (finished before the photo) work fine for me.

Besides, French culture isn’t all that quick to adopt me:  I went to the bank in St. Paul today to open a new account and was told I could have a rendez-vous with Mlle. Borette next Tuesday to discuss the matter.  I’m looking forward to it.

I know I’m veering dangerously into Peter Mayle territory here, but it’s hard to avoid and if it sells a few books, why complain, or rather, why not?